The Daily Crunch is TechCrunch’s roundup of our biggest and most important stories. If you’d like to get this delivered to your inbox every day at around 9am Pacific, you can subscribe here.

Netflix’s price hikes might finally be convincing some consumers to unsubscribe. The company reported net growth of 2.7 million subscribers worldwide, but it actually added 2.83 million new subscribers internationally while losing around 130,000 in the United States.

Growth was lower than expected across the board, but it underperformed more noticeably in regions where it introduced a price hike.

2. FaceApp gets federal attention as Sen. Schumer raises alarm on data use

In a letter to the heads of the FBI and FTC, the senator wrote, “FaceApp’s location in Russia raises questions regarding how and when the company provides access to the data of U.S. citizens to third parties, including potentially foreign governments.”

3. Facebook’s regulation dodge: Let us, or China will

The company’s top executives have each claimed that if the U.S. limits Facebook’s size, blocks its acquisitions or bans its cryptocurrency, Chinese companies without these restrictions will win abroad. 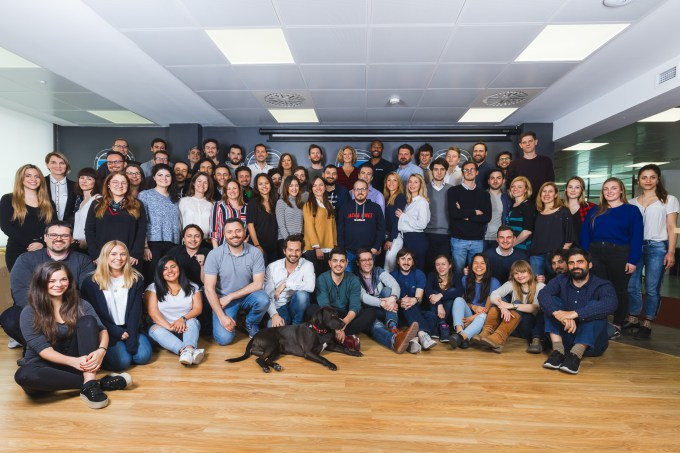 TravelPerk now has more than 2,000 customers for its business travel booking platform.

Slack will reset the passwords of users it believes are affected by the historical data breach. The company says this does not apply to “the approximately 99% who joined Slack after March 2015” or those who changed their password since.

6. Google teams up with Apollo 11 astronaut to celebrate the 50th anniversary of the Moon landing

To mark the event, Google teamed up with NASA and Michael Collins — the astronaut who piloted the command module while Neil Armstrong and Buzz Aldrin descended to the Moon.

7. Learn how to change banking one dollar at a time at Disrupt SF

Chime CEO Chris Britt, a16z partner Angela Strange and Omer Ismail of Goldman Sachs are all coming to Disrupt to discuss how banks and payments will change in the future.