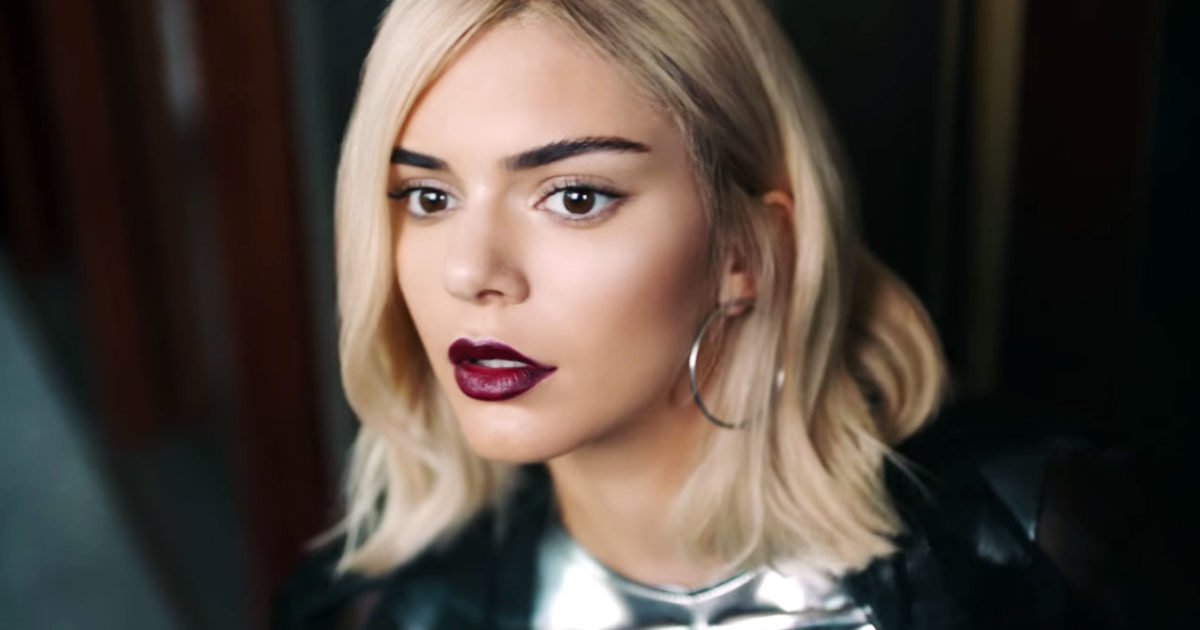 In case you’ve just awakened from a brief coma, Pepsi is taking a lot of heat for its latest ad. The broad strokes: Its official title is the word salad “Live for Now Moments Anthem”; it features reality star/model Kendall Jenner (if your coma was not-so-brief, that’s a whole other thing, which we don’t have time to get into right now); its gist is that we should all unite and “join the conversation.” In that way, the soft drink ad succeeded. It did indeed provoke conversation—about Pepsi’s tone-deafness.

In the 2-minute-39-second “short film,” Jenner throws off the chains of the modeling industry by taking off her wig, then leaving a photoshoot to join a protest. After sharing some knowing nods and #woke-ass fist bumps with her fellow protestors, the Keeping Up with the Kardashians star manages to bring everyone together by … handing a cop a Pepsi. The message is clear: All those Women’s Marches, Black Lives Matter protests, and demonstrations outside Trump Tower would be much more effervescent—and effective!—if someone had just brought some soda.

The internet, as you might suspect, disagreed. Within 48 hours the video got nearly 1.6 million views on YouTube (five times as many downvotes as upvotes), and Twitter and Facebook lit up with people pointing out just how gauche the whole thing was. Activist DeRay Mckesson called it “trash,” adding “If I had carried Pepsi I guess I never would’ve gotten arrested. Who knew?” People made memes (some even reaching back and evoking Pepper Spray Cop). And, rightfully, many folks pointed out that using protest imagery in order to peddle soda—particularly images that evoked the photo of Ieshia Evans facing down police in Baton Rouge, Louisiana last year—was pretty tasteless. It was one of the few times the internet ever agreed on anything.

And that, in and of itself, is noteworthy. For years, conversation online has brought out the best and worst in everyone. But this ad, with its effortlessly cool politically aware millennials in color-coordinated denim outfits, was the one thing everyone agreed to oppose. A Twitter search for “Pepsi” reveals that virtually no one is coming to the commercial’s defense. In fact, not even Pepsi is defending it anymore. Earlier today, the company pulled the ad. “Pepsi was trying to project a global message of unity, peace and understanding. Clearly, we missed the mark and apologize,” Pepsi said in a statement. “We did not intend to make light of any serious issue.”

Soda companies sell harder to young consumers than to anyone else, and they’ve been pitching that coveted demographic messages of global unity for years. The most well-known of these attempts is Coca-Cola’s peace-for-all 1971 “I’d like to buy the world a Coke” spot. (The one Don Draper dreamed up in the series finale of Mad Men.) But even before that, Pepsi was targeting youth culture with slogans like “Pepsi Generation” and “For those who think young”—both of which launched in the 1960s. Soda companies continued to aim for hip kids throughout the ensuing decades with celeb-packed ads featuring everyone from Michael Jackson to Drake to a truck-driving P. Diddy. Now Pepsi has tried to cross the streams, pairing a millennial mega-celebrity with what the company clearly thought was a fun spin on young people’s ability to change the world. Between 1971 and now, though, people got the tools to respond to the misguided mashup on a mass scale—in 140 characters or less.

From Black Lives Matter to the Women’s Marches, politically active people are already effecting change all over the world, and they’re not doing it with soda and supermodels. Now, they’ve used the same tools that organized those movements to express how ill-advised it was to use their work to sell carbonated beverages. The reaction to Pepsi’s ad, not the ad itself, brought people together. That’s refreshing.

If only Daddy would have known about the power of #Pepsi. pic.twitter.com/FA6JPrY72V